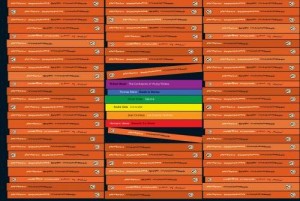 Three historically-specific definitions of the term “gay male literature” can be given. They are: (1) the portrayal of male-male desire in all of literature; (2) literature relating to the discursive category of homosexuality from 1869 onwards; and (3) literature relating to gay liberation from 1969 onwards. The resulting corpus of gay male literature varies from all-encompassing for definition (1) – a reader is free to uncover male-male desire in any text – to relatively small for definition (3) – only texts written by openly gay authors about gay characters are included.