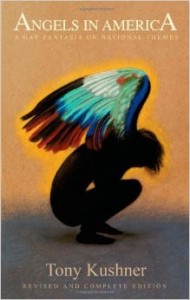 The academic reception of Tony Kushner’s Angels in America: A Gay Fantasia on National Themes (1995) has pointed out that the play addresses a number of traumatic episodes in American history, including racial segregation, the Red and the Lavender Scare, the conservative Reagan administration, and most prominently the AIDS epidemic. In this article, I argue that yet another traumatizing period in American history should be added to the list, namely Momism. Through the figure of Hannah Pitt, a Mormon mother, Angels in America addresses (and redresses) the postwar belief that a domineering mother is to blame for her son’s homosexuality.